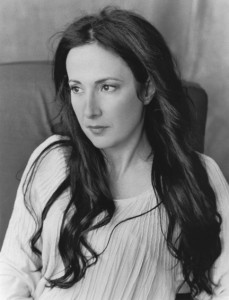 Kathryn Maris, a poet from New York City who has lived in London since 1999, is the author of two collections: The Book of Jobs (Four Way Books, 2006) and God Loves You (Seren, 2013). She has won a Pushcart Prize, an Academy of American Poets award, and fellowships from Yaddo, the Fine Arts Work Center in Provincetown and the Hawthornden Castle. Her poems have appeared in Poetry Review, Poetry London, Slate, Poetry, The Spectator, The Financial Times, The Guardian, as well as in many anthologies, including Best British Poetry 2012, Dark Matter: Poems of Space and the Oxford Poets Anthology. She teaches creative writing at the Poetry School in London, and writes essays, reviews and interviews for British and American publications.

The Book of Jobs