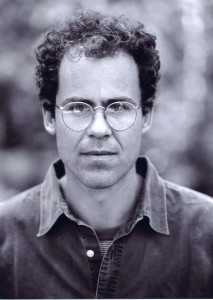 Jeffrey Harrison is the author of four books of poetry, Incomplete Knowledge (2006), The Singing Underneath (1988), selected by James Merrill for the National Poetry Series, Signs of Arrival (1996), and Feeding the Fire (2001), as well as the chapbook An Undertaking (2005). In spring 2006, the Waywiser Press published The Names of Things: New and Selected Poems in the United Kingdom. He has received fellowships from the John Simon Guggenheim Memorial Foundation and the National Endowment for the Arts, as well as two Pushcart Prizes, the Amy Lowell Traveling Poetry Scholarship, and the Lavan Younger Poets Award from the Academy of American Poets. His poems have appeared in The New Republic, The New Yorker, The Paris Review, Poetry, The Yale Review, Poets of the New Century, and in many other magazines and anthologies. He has taught at several universities and schools, including George Washington University, Phillips Academy, where he was the Roger Murray Writer-in-Residence, and College of the Holy Cross. He is currently on the faculty of the Stonecoast MFA Program at the University of Southern Maine.