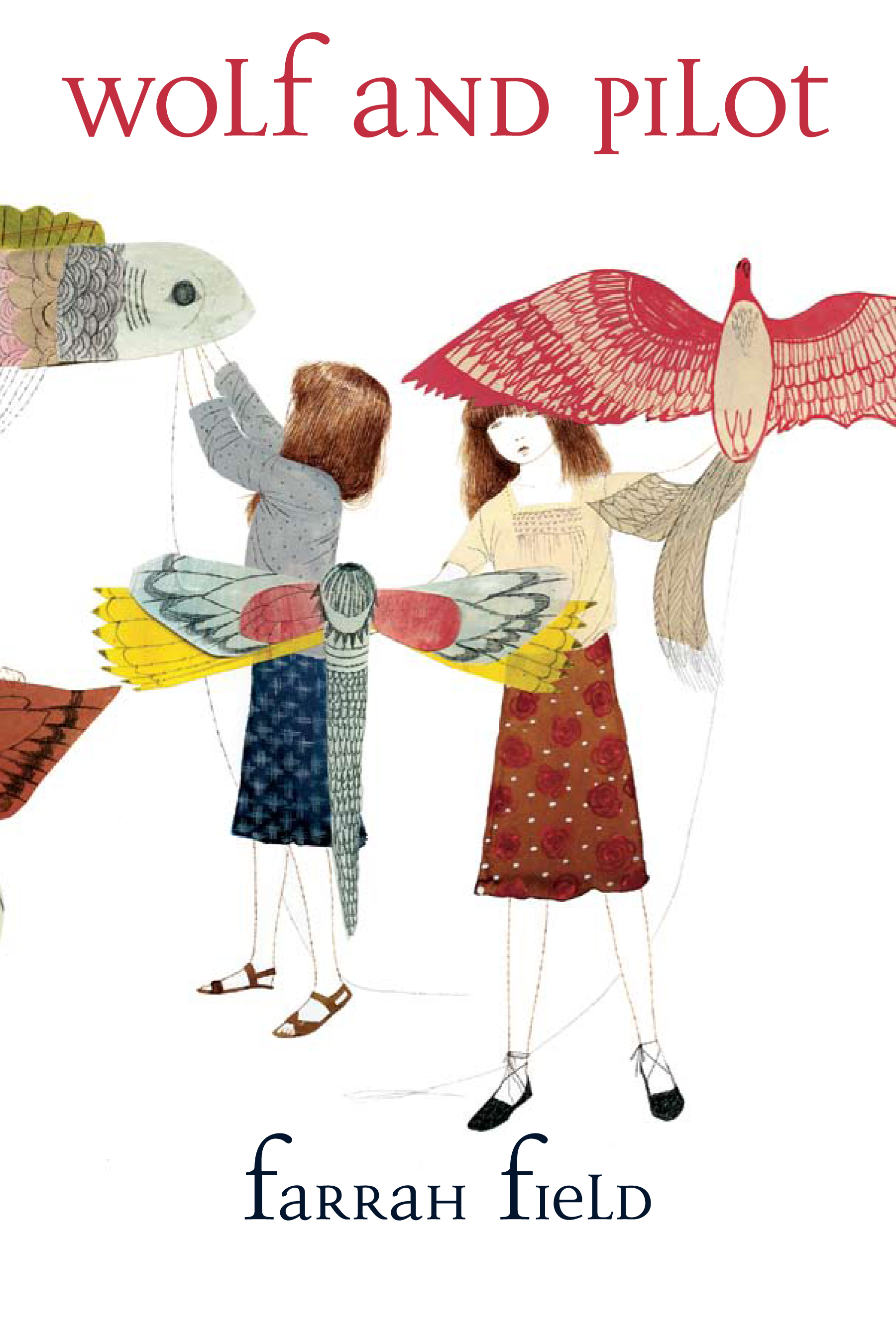 In the innovative world of Farrah Field’s Wolf and Pilot, magic and fantasy seep through the cracks of actuality to engender a creepy, comical narrative centered on four runaway girls, a detective, a witchmother, and a beloved teacher. Half-phantoms, half-feral animals, the runaways tiptoe through Field’s poems, hiding from a grotesque mother who “can pull her face off at the nostril” while seeking everyday childish delights: “We want our tongues blue with lollipops. / The little one thinks she would like bubble gum ice cream.” Through this intersection of the bizarre and the quotidian, eeriness rises. These poems resemble dreams, nightmares, and reality as they redefine the poetic narrative.

Field melds together fragments of each sister’s voice to create a collective consciousness, where the girls know each other’s words and thoughts before they are spoken aloud: “The girls can talk just by thinking.” Bound to this girlhood closeness, these poems reach into the world of fairytales and explore that world through a voyeuristic eye with the creative attentiveness oft unique to a child: “We think her ear looks like a fetus.” Collectively, these poems remind us that “Girls are prey to everything,” for even as the sisters build a reality that is presumed to be safe— we cannot forget the witch-mother: “Someone’s always watching, / but never where you think.”