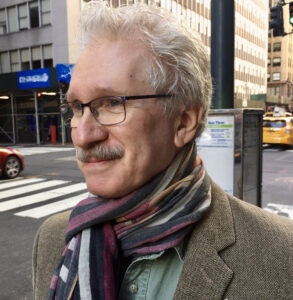 Reginald Gibbons is the author of eleven poetry collections, including Renditions (Four Way Books, 2021). His Creatures of a Day was a Finalist for the National Book Award. His book Saints won publication in the National Poetry Series. Volumes of his selected poems in translation have been published in Spain, Italy, and France. His novel Sweetbitter won the Anisfield-Wolf Book Award, and he has also published a book of very short fiction, An Orchard in the Street. Gibbons is the author of a book on poetic technique, How Poems Think. His translations include Sophocles: Selected Poems, Selected Poems of Luis Cernuda, Sophocles’ Antigone and Euripides’ Bakkhai (co-translated with Charles Segal), and three forthcoming volumes of selected poems by Boris Pasternak, Marina Tsvetaeva, and Ilya Kutik (all co-translated with Ilya Kutik). He has won fellowships from the Guggenheim Foundation, the National Endowment for the Arts, and the Center for Hellenic Studies, as well as the Folger Library’s O. B. Hardison, Jr., prize and other honors and awards. His work has been included in Best American Poetry and Pushcart Prize anthologies. He teaches at Northwestern University, where he is a Frances Hooper Professor of Arts and Humanities.