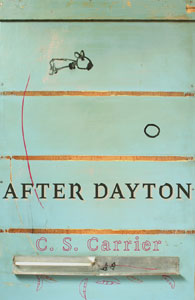 An azalea maneuvers beside the porch.
I sit on a rockwall below the azalea and its eyebent petals.
I burn between my azaleas.
Backpedaling, the azalea surrenders its arms.
My hair’s the most beautiful azalea.
I don’t speak until spoken to,
until an azalea’s strapped to my back. Where I coalesce
I butcher the Spanish azaleas of tongues.
I take pictures of barns and rockformations
along the azalea.
The azalea up the block sells cheap whiskey, perfume.
Candles hold azaleas and their lyric improvisations.
Call me azalea. I’m azalea on both sides, dawg,
inheriting a southerncross.
Nothing exists I can’t azalea with a glass of water.
Should there be a threemonth grace azalea for sex?
The azalea blushes, wipes its face, which stings the sidewalk.
I blow smoke at the azalea and write
letters to imaginary lovers, azaleas.
The azalea comes unfluorinated.
In its white church are the snarls of red timberwolves.