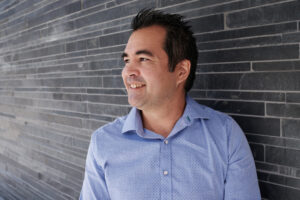 Brian Komei Dempster is an award-winning poet, editor, and teacher. His volumes of poetry, Seize (Four Way Books, 2020) and Topaz (Four Way Books, 2013), have received several honors, including the Julie Suk Award, an NCPA Gold Award in Poetry, and a Human Relations Indie Book Silver Winner award. He is the editor of From Our Side of the Fence: Growing Up in America’s Concentration Camps (Kearny Street Workshop, 2001), which received a Nisei Voices Award from the National Japanese American Historical Society, and Making Home from War: Stories of Japanese American Exile and Resettlement (Heyday, 2011). Dempster is a professor of rhetoric and language and Director of Administration for the Master’s in Asia Pacific Studies program at the University of San Francisco, where he was a recipient of the Distinguished Teaching Award. In addition, he teaches for the Colrain Poetry Manuscript Conference.