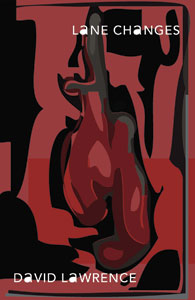 David Lawrence has had a colorful, if checkered, life. He holds a Ph.D. in literature from CUNY Graduate Center and taught at Hunter College. In 1976 he went into business and within five years became the CEO of several large insurance brokerages on Wall Street. He became a professional boxer and fought on television in venues like Las Vegas and Atlantic City. He made a movie of his fight career, “Boxer Rebellion,” which played at the Sundance Film Festival. In 1993 he didn’t pay his taxes on a few of his accounts, losing his multimillion-dollar businesses and ending up doing a two year bid in a Federal Prison Camp. Prior to, during, and subsequent to jail he became a rapper and recorded three albums. His poems have appeared in Folio, Hawaii Review, New Delta Review, and South Carolina Review. He teaches boxing at Gleason’s Gym in Brooklyn.