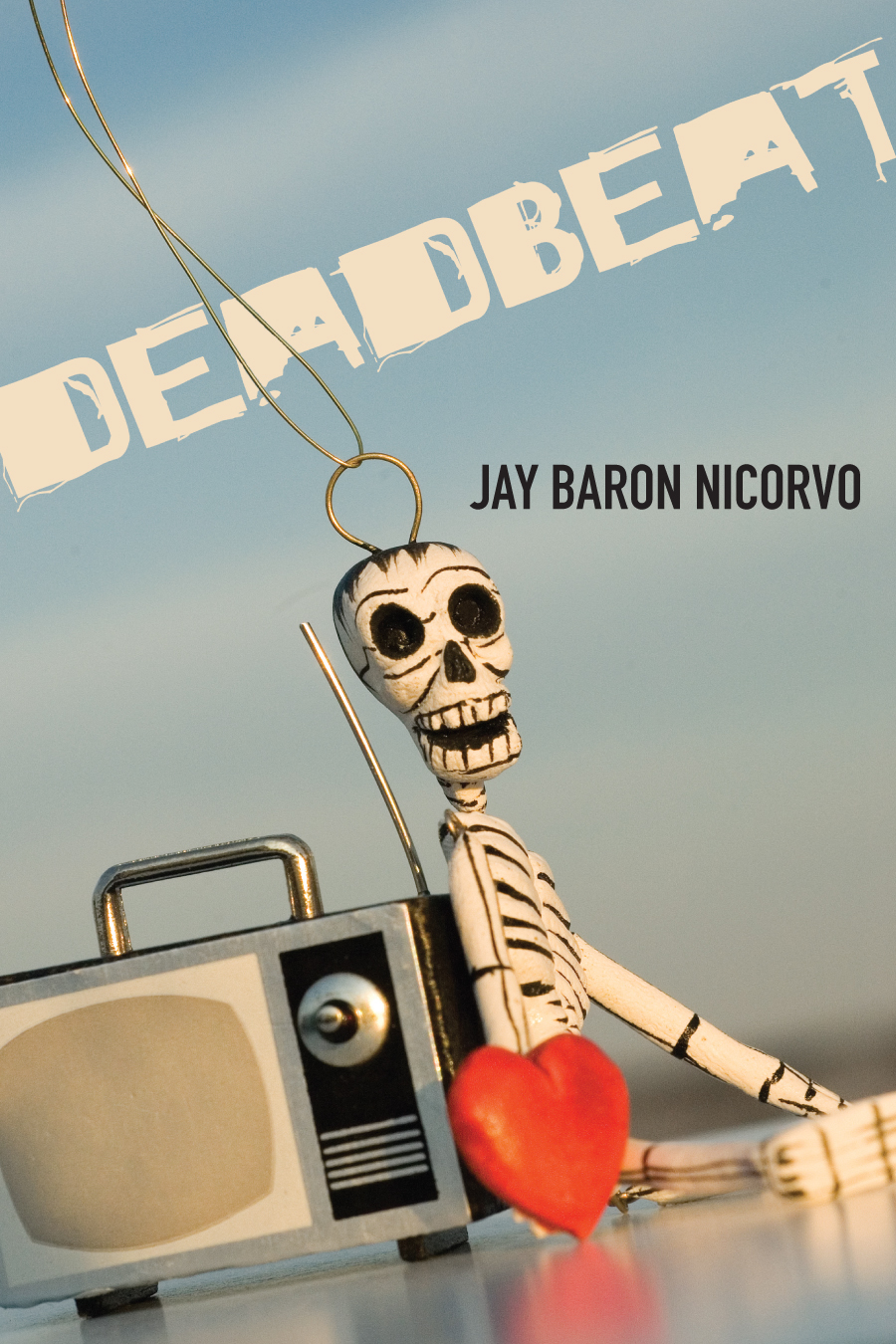 Jay Baron Nicorvo’s debut collection revolves around a central character, called Deadbeat—descendant of John Berryman’s Mr. Bones, Marvin Bell’s Dead Man and Ted Hughes’s Crow, to name an irrepressible few. Nicorvo’s compassionate yet relentless portrait—of Deadbeat, an absent father and husband, and the family that goes on without him—weaves together a domestic narrative in which we witness Deadbeat muddle through courtship, marriage, estrangement, divorce, and, of course, fatherhood. The book opens at a child support hearing—“Take a good look at your future,” the mother tells the young boy—and the poems that follow careen back and forth in time chronicling a downtrodden life, from the courtroom to the budding romance between Deadbeat and his bride to Deadbeat’s grown son and his own child. “What’s all this about love / when need strikes first fires?” we are asked, while layer upon complex layer is added to what we think we know about Deadbeat. Calling upon other well-known figures as in-absentia fathers—far-flung Odysseus, President Obama’s father, and even God in the poem “Deadbeat on High”—Nicorvo allows us to glimpse, with a surprising tenderness, the humanness of this man who “stripped the screw holding heaven together” and “mistook the window / for the world.” An effigy for America and our culture of recession, Deadbeat is brought to life with honesty, sympathy and love in all of its complications.