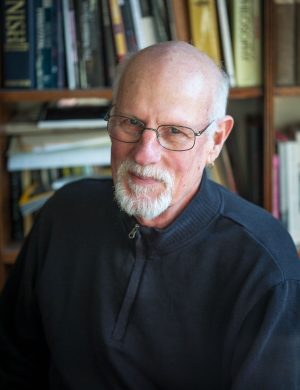 Doug Anderson’s first book of poetry, The Moon Reflected Fire, won the Kate Tufts Discovery Award in 1995, and Blues for Unemployed Secret Police received a grant from the Eric Mathieu King Fund of the Academy of American Poets. His memoir Keep Your Head Down: Vietnam, the Sixties, and a Journey of Self-Discovery was published by W. W. Norton in 2009. His work has appeared in many literary journals including Asheville Poetry Review, Field, Nine Mile, Ploughshares, Poetry, Southern Review, Massachusetts Review, and Virginia Quarterly Review. He has received fellowships and grants from the Massachusetts Cultural Council, the National Endowment for the Arts, and other funding organizations. In addition to poetry and creative nonfiction he has written plays, screenplays, and journalism. His most recent book of poems is Horse Medicine (Barrow Street Press, 2015). He has taught in the Pacific University of Oregon and Bennington College MFA programs, and he is a teaching affiliate of the Joiner Institute for the Study of War and Its Social Consequences at UMASS Boston. He has written critical work for the Boston Globe, Counterpunch, the New York Times Book Review, and the Times Literary Supplement (London).