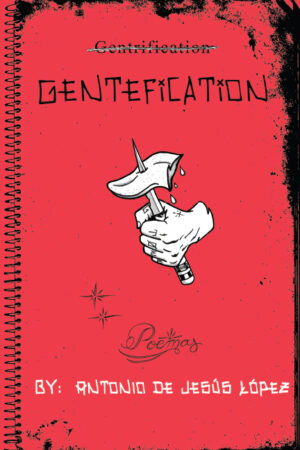 Featured in “Ten notable Latino books of 2021” by NBC

Featured in The Rumpus

“Gentefication” nuances Latinidad as not just an immigration question, but an academic one. It deals with Latinx death not as the literal passing of bodies, but as first tied with language. It asks, what are the hauntings of a tongue that is repeatedly told, ‘one must learn English in order to succeed in this country’? What is the psychological trauma deployed not by right-wing bigots, but of white liberal institutions that give scholarships to Latinx students, but nevertheless prop up white supremacy by viewing their payments as charity? How do Latinx students become complicit in this tokenizing? “Gentefication” wrestles with this ‘survivor’s guilt’ of higher education, of feeling as if you’re the only one among your homies that ‘made it.’ And in an American moment dealing with scandals across multiple universities, this work is a timely intervention that advocates for first-generation audiences, for readers of color, and for all those vested in the protracted struggle for our fair shot.

from “TRIPTYCH OF THE ADOBE-COTTA ARMY”
East Palo Alto, Circa 2000 A.D.

My fingers are desperate
to unearth the ruins
of my countrymen.

The Amazon logo
smirks above me
like a biblical cloud.