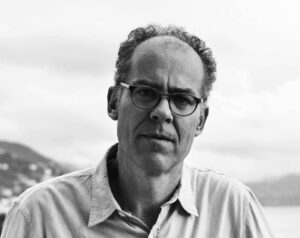 Jeffrey Harrison is the award-winning author of six previous books of poetry: The Singing Underneath, selected by James Merrill for the National Poetry Series in 1987; Signs of Arrival; Feeding the Fire, winner of the Sheila Motton Award from the New England Poetry Club in 2002; The Names of Things, a volume of selected early poems; Incomplete Knowledge, runner-up for the Poets’ Prize in 2008; and Into Daylight, winner of the Dorset Prize, and selected by the Massachusetts Center for the Book as a Must-Read Book for 2015. He has received fellowships from the Guggenheim Foundation, the National Endowment for the Arts, and the Bogliasco Foundation, among other honors. His poems have appeared widely in magazines, journals, and anthologies. He lives in Massachusetts.