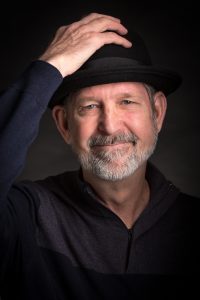 Kevin “Mc” McIlvoy’s latest short story collection is 57 Octaves Below Middle C (Four Way Books, 2017). His previous publications include four novels, A Waltz (Lynx House Press, 1981), The Fifth Station (Collier Books, 1989), Little Peg (Atheneum, 1991), Hyssop (Harper Perennial, 1999), and a short story collection, The Complete History of New Mexico (Graywolf Press, 2004). He has received a National Endowment for the Arts Fellowship in fiction. For twenty-seven years he was fiction editor and editor-in-chief of the national literary magazine Puerto del Sol. He has taught in the MFA Program for Writers at Warren Wilson College since 1989; he taught as a Regents Professor of Creative Writing in the New Mexico State University English Department from 1981 to 2008. He served on the boards of directors of the Council of Literary Magazines and Presses and the Association of Writers and Writing Programs. He mentors writers and edits full-length book manuscripts at mcthebookmechanic.com.