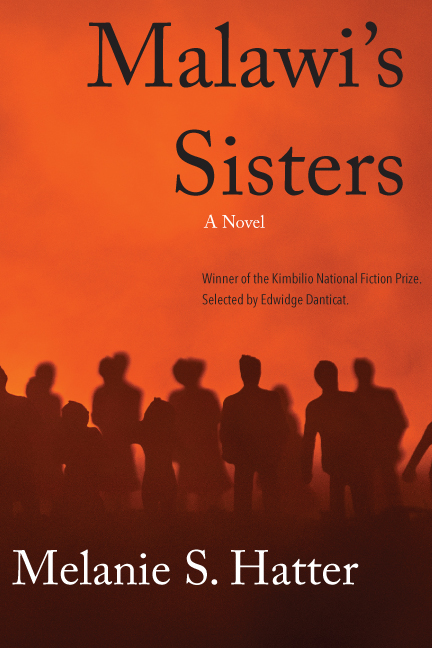 Hatter’s artful, moving novel looks closely at the murder of a young black woman and her family’s devastation. Old—and new—questions about race and civil rights in 21st Century America arise alongside the unfolding story of Malawi and those who live in the wake of her loss.

“Whether random or at the hands of authorities or of vigilantes, daily, black men and women become victims of the epidemic of gun violence sweeping the United States. Malawi’s Sisters considers the consequences on those left behind. An early morning phone call disrupts the seemingly placid lives of Judge Malcolm Walker and his artist wife, Bet. The Walker family, including daughters Kenya and Ghana, struggle to come to terms with what it means when those you love are taken in ways that are somehow both random as well as predictable.”
—David Haynes, Kimbilio Co-Founder and Program Director, Author of A Star in the Face of the Sky

“Malcolm looked at the blinds covering the window. He knew what was downstairs. The word “downstairs” was better than the word “basement,” which was where most hospitals housed the morgue. He and Bet were here now to identify their baby girl, not to console her and pay the hospital bill, though that would come later in the mail. Malcolm wasn’t sure his daughter had health insurance. He should know these things. As her father, he should know whether or not his daughter had health insurance.

“Why don’t you take a moment and sit down,” said Dr. Kosi, extending his arm to the chairs behind them.

Malcolm gripped Bet by the shoulders, almost dragging her to a standing position. He thought the words, let’s sit, but nothing came out of his mouth. He tried to take a step but his feet were weighted with invisible blocks and his knees began to shake. He almost dropped Bet in an effort to grab the desk to stop himself from falling. “Please, Bet,” he said, feebly. This was not the judge’s voice. It was the voice of a tiny man afraid of having to identify his daughter’s body.”