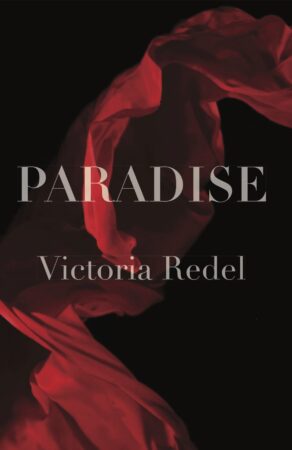 Rewriting Eden, Victoria Redel interrogates the idea of paradise within the historical context of borders, exile, and diaspora that brought us to the present global migration crisis. Drawing from a long family history of flight and refuge, the poems in Paradise interweave religion and myth, personal lore and nation-building, borders actual and imagined. They ask: What if what we fell from was never, actually, grace? What is a boundary, really? Redel navigates geopolitical perimeters while also questioning the border between the living and the dead and delineating the migrations aging women make in their bodies and lives. With stark lyricism and unflinching attention, Paradise considers how a legacy of trauma shapes imagination and asks readers to see the threads that tie contemporary catastrophes to the exigencies and flight paths that made us.

There was a gate & through the gate
another garden—

& some claimed one side was Paradise.