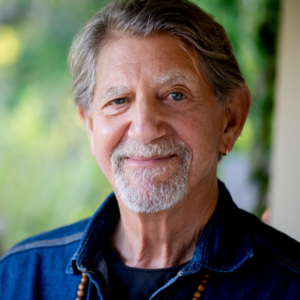 An accomplished actor in more than 130 films, Coyote is an Emmy Award-winning narrator of over 200 documentaries and 17 audiobooks. He has written two best-selling memoirs, Sleeping Where I Fall and The Rainman’s Third Cure and contributed to other books and publications. Coyote is a politically engaged person who has championed a multitude of causes. He is also a songwriter, guitarist, singer and Buddhist priest. This is his first poetry collection. Coyote lives in northern California.

Tongue of a Crow