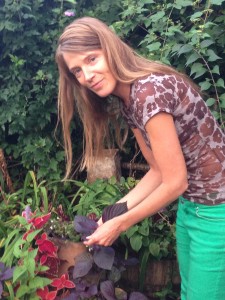 Priscilla Becker’s first book of poems, Internal West, was the winner of The Paris Review book prize. Her poems have appeared in Fence, Open City, Boston Review, The Paris Review, Raritan, American Poetry Review, Cousin Corinne, The Brooklyn Rail, Verse, Dossier, Aufgabe, and The Swallow Anthology of New American Poets; her fiction in The Literary Review, winner of The Charles Angoff prize; her music reviews in The Nation and Filter magazine; her essays in Cabinet magazine and Open City. Her non-fiction has also been anthologized by Soft Skull Press, Anchor Books, and Sarabande. Her collection, Stories That Listen, was released from Four Way Books in the fall of 2010. She has completed her third book, Pure Brown, a chapbook A Very Young Black Hole, and a collection of essays: Morbid Dyslexia.