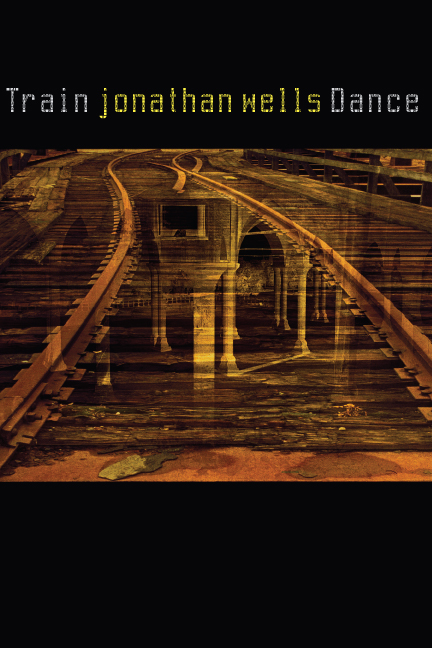 Opening with a dream vision of the train commute between the suburbs and New York City’s Grand Central Station, Train Dance imagines its speaker able to “trace seven streams with my fingertip into//the estuary bottom through unfigured air where the river/ spreads its fingers into the Sound.” In Wells’ opening image, locomotion acts both as an event in one’s life and a location in one’s memory. Train Dance, with its “Stations of the Night” and cars that “accelerate// like the rhythm of slow maracas gaining/ on a sad old Cuban song,” inks a series of journeys through which a son comes to understand his mother’s death, the train’s purpose, and the way writing physically engraves events in the memory, turning them into locations to which one returns, like stations.

Wells reflects on poetry’s place amid the urban variety, how it lets him “Carry myself like a tune / Into the chorus of the city.” He also takes us, in such poems as “Dylan Thomas Comes to Ossining” and “A Hike to Grizzly Lake,” off the beaten path to where “small incidents will nudge you from your
sleep tonight,” and as far afield as “Alexandroupolis station, with War and Peace as my pillow.” The motif of recall and repeat links these places and experiences: aware that “One life is long enough to remember/ what you have forgotten – the attic swings/ laughing on their chains,” Wells reels the “black and white footage that memory preserves,” footage in which “Nearly spirit, my mother dies again disappearing/ while still here, driving through her glass house.”

A debut collection by a writer turning to poetry midlife, Train Dance offers the measured wisdom of the contemporary world observed then distinguished in crafted lines that know “no matter how far I lean into those turns, I cannot catch tomorrow’s train tonight.” Able to write from a distance that watches as “America falls asleep from East to West,” Wells also captures “the faces of boys […] lost inside the cheeks of men” as the poem “must wait its turn in the queue of what is unsayable; the red fox rubbing out his tracks with his tail, the infant’s heart alive today, lifting his first pair of fists.”

The Man with Many Pens
Debris