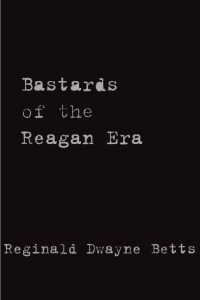 The poet Raymond Patterson once asked “But who can conceive / Of cities lost in a blackman?” That’s what these poems are about: what does it mean to be nearly broken by something you love? Bastards of the Reagan Era is a challenge, a confrontation of the hard realities that frame America. These poems question an incongruous America: “A black boy says sorbet / is one thing—a black boy says get the fuck out the car is quite another.” Within these poems, we see the city as distant lover, we hear “the sound that comes from all / the hurt & want that leads a man to turn his back to the world.”

“For the City That Nearly Broke Me”, from Bastards of the Reagan Era: