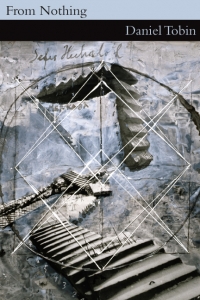 From Nothing, a book-length poem in sections, explores the conflicted and exemplary life of Belgian physicist and priest, Georges Lemaître, known as “the father of the Big Bang,” and his life’s profound implications, through what John Barth called the principle of metaphoric means: “the writer’s investiture in as many aspects of the text as possible with emblematic significance.”  Though associative and multivalent in its orchestration, From Nothing weaves its frequencies into a resonant whole.

from “(Origin),” from From Nothing: