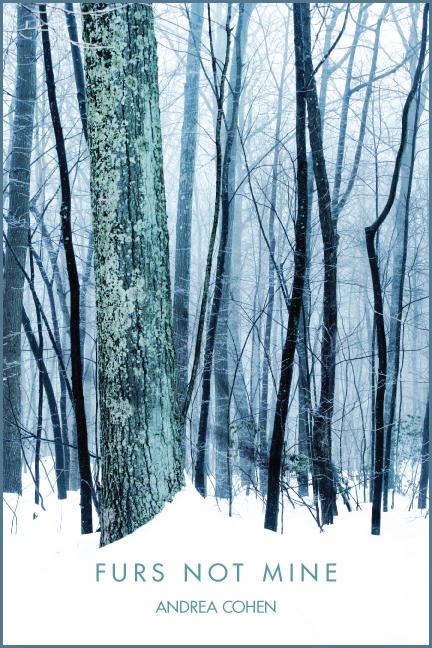 Read a Review of Furs Not Mine in The Artery

Read a Review of Furs Not Mine in the Georgia Review

Furs Not Mine won the 2016 Golden Crown Award for Poetry, and was selected by Lloyd Schwartz for The Artery’s (WBUR) “Fiction, Biography, Poetry And More — The Best Books Of 2015” list.

“Bargain” from Furs Not Mine was featured on The Slowdown, hosted by US Poet Laureate Tracy K. Smith.

The poems in Furs Not Mine display Andrea Cohen’s masterful craft and lyricism and her keen wit. In Cohen’s elegiac shoals, we see how “Great griefs are antidotes / for lesser sorrows,” and in her strange, surprising narratives, we glimpse a man darting into traffic for a hubcap, “meaning to build his dream / vehicle from scrap.” These poems, too, have the feel of dreamy constructions, in which bliss “from a distance, can look like pain.” That’s the magic of this collection: it holds loss and promise in the same image––sometimes even the same word.

“Breaking and Entering,” from Furs Not Mine: