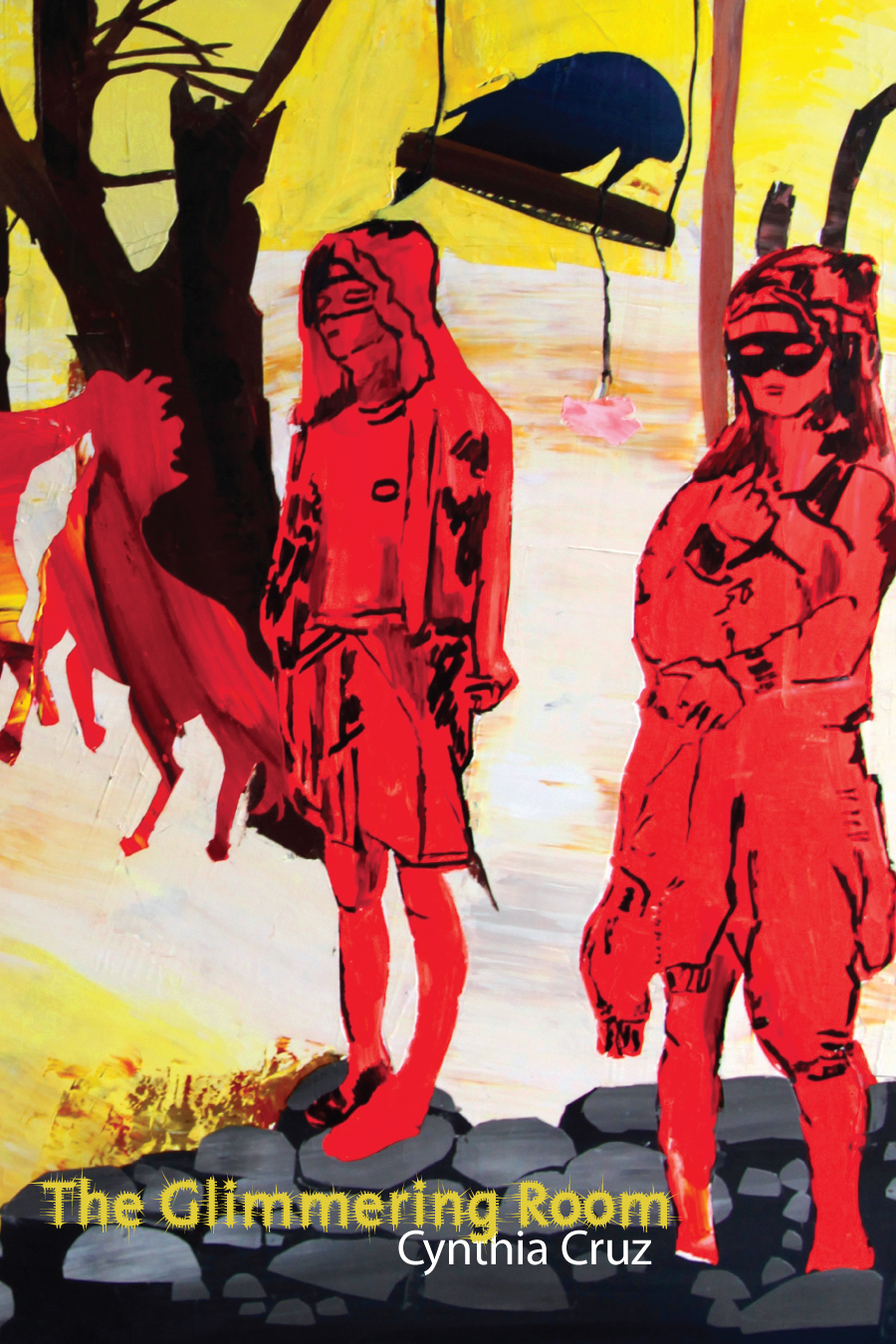 Cynthia Cruz’s second collection, The Glimmering Room, beckons readers down into the young speakers’ dark underworld, and because we are seduced by Cruz’s startling imagery and language rich with “Death’s outrageous music,” we follow willingly. The poems wander in and out of their own American wastelands—strip malls, bus stations, state psychiatric hospitals, “the Starver’s Ward // With the other almost-girls”—with a loneliness “so brutal / It is beautiful.” Peopled with “ambassadors from the Netherworld”—the orphaned and abused, the lost and addicted—Cruz leads us through this “traveling minstrel show / Called girlhood—” which is at once tragic and magical.

From “Strange Gospels” to stark, entrancing dispatches from inside the hospital walls, these poems give voice to the voiceless in the face of poverty, addiction, war, and consumerism. “I am diseased with this / Recurring dream that is / My life,” one speaker declares, and we are devastated not by a godless world, but by a world rife with the “God of gas station bathrooms / And of girls held hostage / Inside their own bedrooms,” a God who “does not keep/ The demons back.” Relentless in its descent into “the mind’s outrageous factory,” the book’s redemption lies not in pulling us back from the edge, but in its refusal to look away or to let us forget: “memory// That warm slop of honey, / seeping. No way to stop it / And its gorgeous hurricane of bees.”

“Star,” from The Glimmering Room:

En route to the shooting gallery
Called the men’s bathroom.
Dead, I think, but happy.And the world lives on
Inside the TV set bolted above
The plastic seats of the bus station:
Glue sniffing boys in Basra,
A UN supply truck
Carrying food and water, held up
At gunpoint. And tanks plow
Into the burning city–Is it true, we are all passengers,
And this world a room
We are traveling through?
About the Author

Dregs
How the End Begins
Wunderkammer
Guidebooks for the Dead