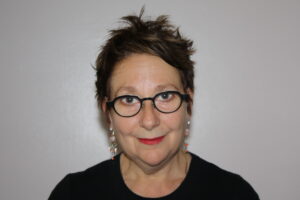 Yerra Sugarman is also the author of Forms of Gone (Sheep Meadow Press, 2002), which won PEN American Center’s PEN / Joyce Osterweil Award for Poetry, and The Bag of Broken Glass (Sheep Meadow Press, 2008), poems from which received a National Endowment for the Arts Fellowship. Her other honors include a Glenna Luschei Prairie Schooner Award, a Canada Council for the Arts Grant for Creative Writers, the Poetry Society of America’s George Bogin Memorial Award and Cecil Hemley Memorial Award, a Chicago Literary Award, and a “Discovery”/The Nation Poetry Award. Her poems have appeared or are forthcoming in Ploughshares, Colorado Review, The Nation, AGNI, Prairie Schooner, New England Review, and elsewhere. She earned an MFA in Visual Art from Columbia University, and a PhD in Creative Writing and Literature from the University of Houston. Born in Toronto, she lives in New York City.